Uttarakhand, affectionately known as Dev Bhoomi, is a land of various ancient shrines and other sacred destinations. However, Uttarakhand has more to offer than meets the eye. This North Indian state not only offers pilgrimage opportunities through Chardham yatra package , Haridwar and Rishikesh circuits but also welcomes travelers with several magnificent hill stations such as Ranikhet, Almora, Nainital, Kausani, Mukteshwar, Binsar Mussoorie and Auli. Adventure opportunities abound in Uttarakhand tour packages in the form of rafting, hiking, and skiing, among other activities that will give you an adrenaline rush and thrill.

Magnificent views of snow-capped peaks, grasslands, valleys, rivers and a rich colonial heritage in many of them, the hill stations of Uttarakhand capture the hearts of nature lovers and honeymooners. Some of Best Uttarakhand Tour packages Destinations Jim Corbett National Park is one of the best havens for animal lovers in Uttarakhand. It is the oldest national park and the first tiger reserve in India. He recently found himself in the limelight when Indian Prime Minister Narendra Modi and Bear Grylls, hosts of the famous show Man Vs Wildlife, appeared together in an episode filmed at this tiger sanctuary in India.

Uttarakhand is also one of the best destinations when it comes to experiencing the huge benefits of yoga and Ayurveda. Known as the yoga capital of the world, Rishikesh in Uttarakhand is dotted with various ashrams and yoga centers where you can learn yoga and meditation from scratch. The tranquility and spirituality that permeate the surroundings make it a paradise for those who wish to learn yoga in the company of nature.

At MND Travels, we provide the best Uttarakhand tour packages for your family and friends, honeymoon couples, adventure and nature lovers. Our Uttarakhand vacation packages include visiting the best tourist spots and tours to top attractions in the state. The travel packages are designed to make every stay in Uttarakhand unforgettable for you.

MND Travel is an expert in designing unique and affordable itineraries to Uttarakhand. Be it family trips, honeymoon packages, adventure packages, religious or wildlife tourism packages, our all-inclusive vacation packages in Uttarakhand offer vacationers the opportunity to enjoy unforgettable vacation experiences in the beautiful Himalayan state with unmatched budget and services you cannot afford. go away.

Tips for tourists to plan their trip to Uttarakhand 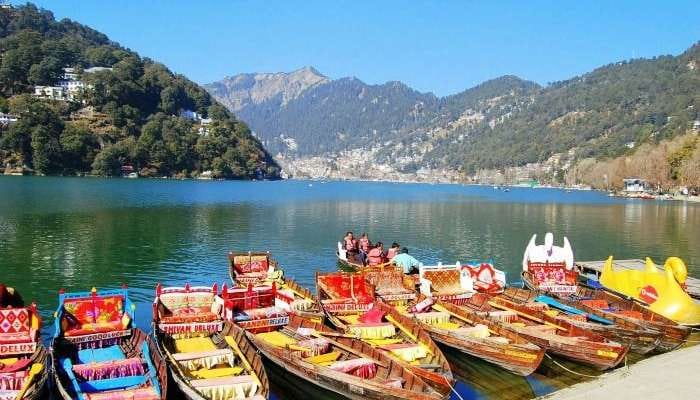 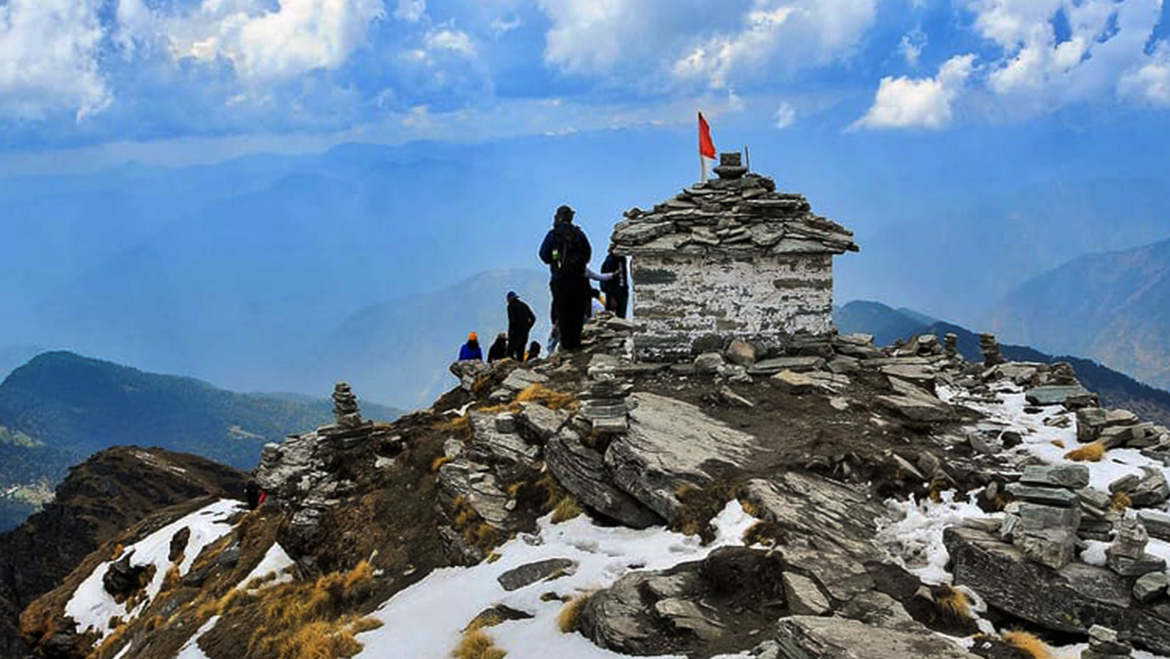 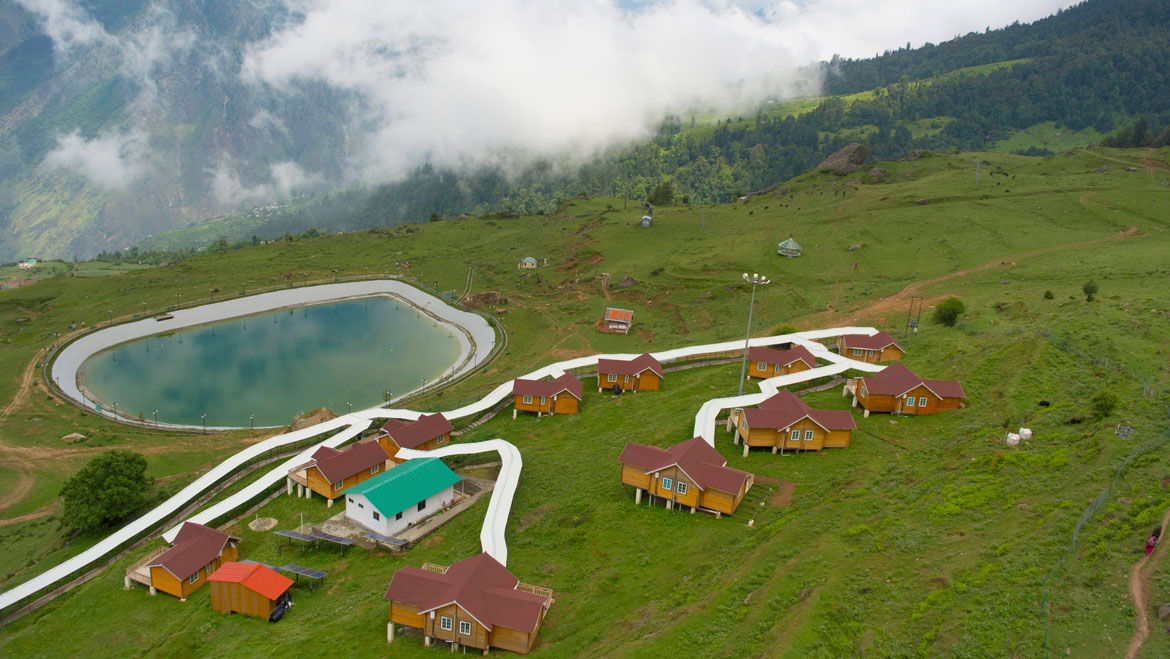 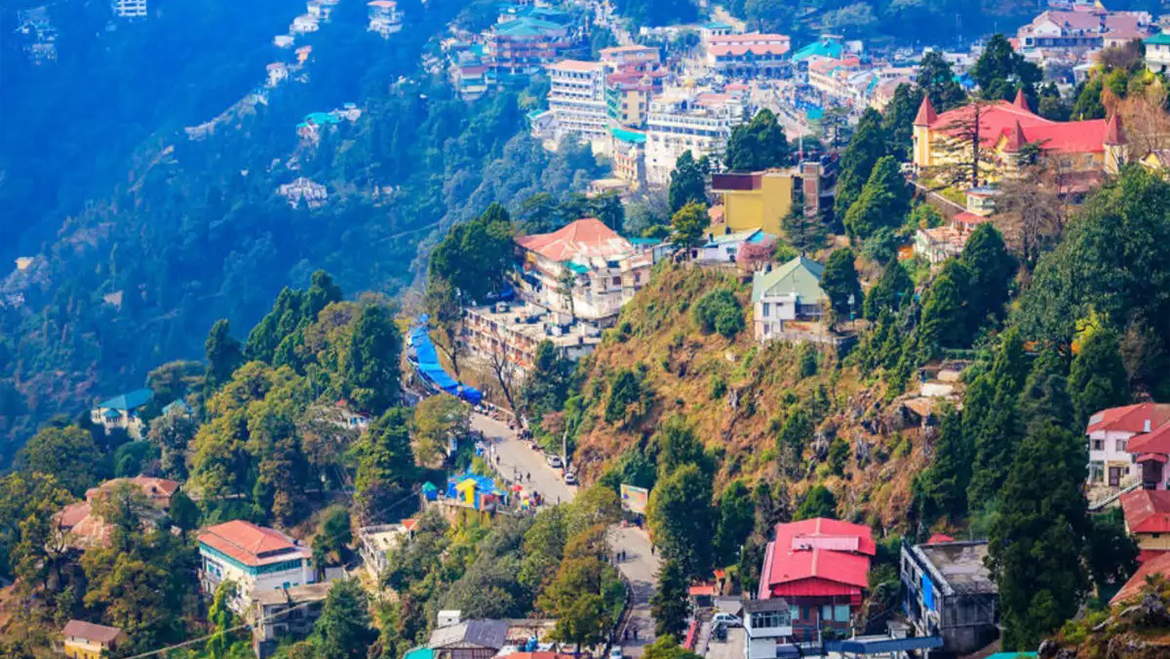 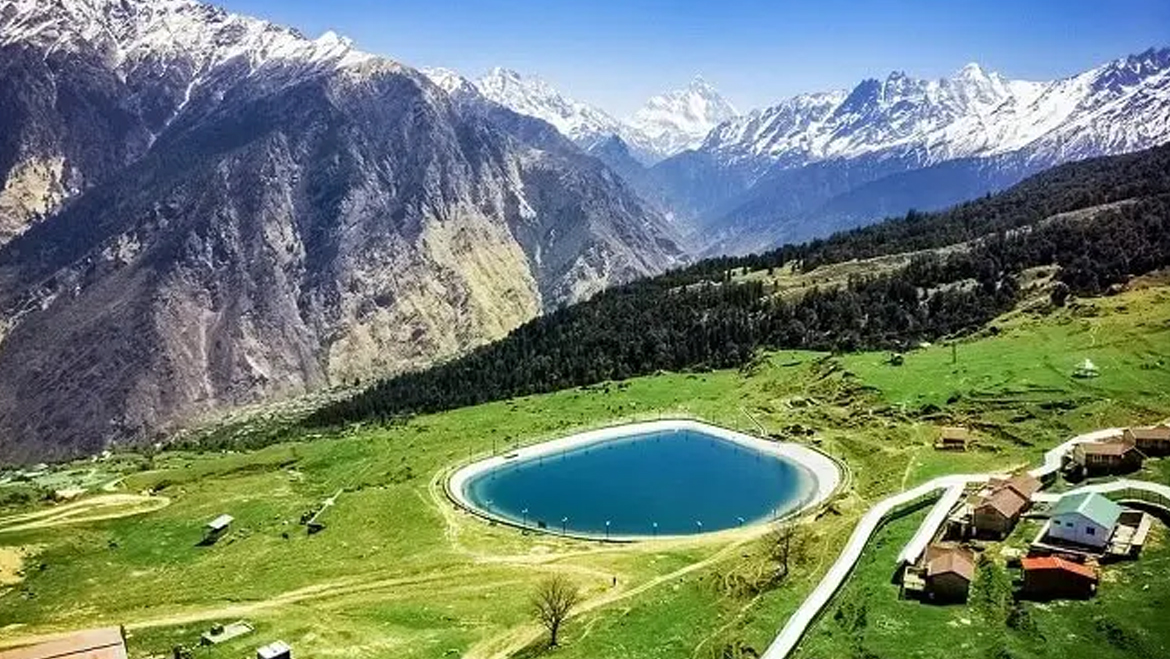 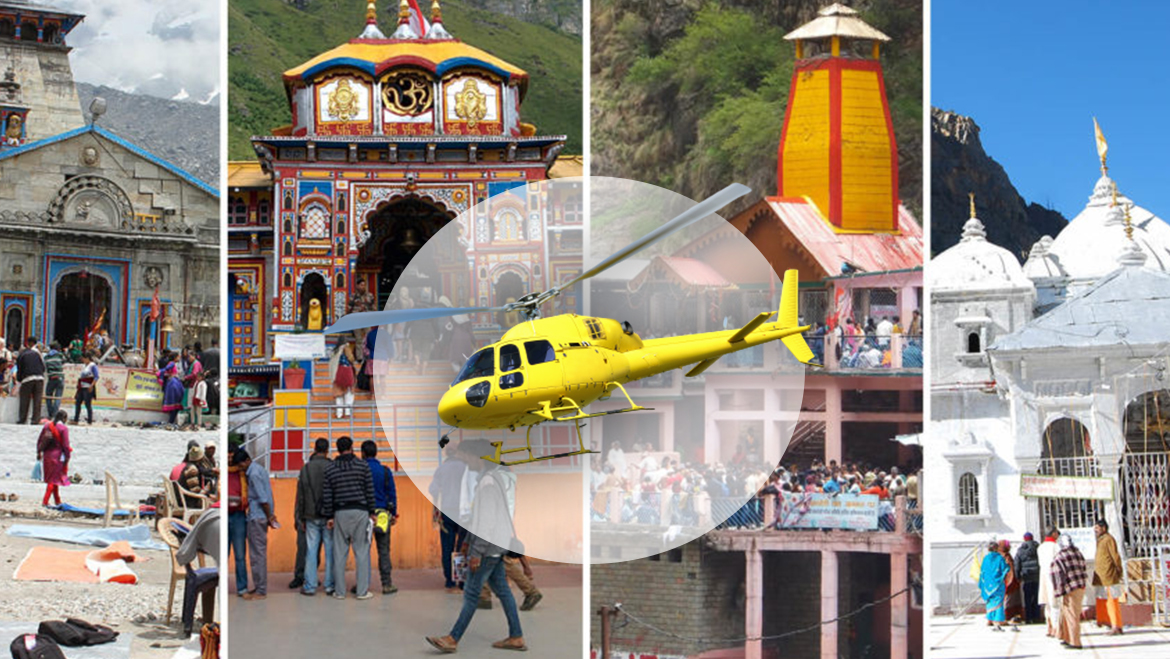 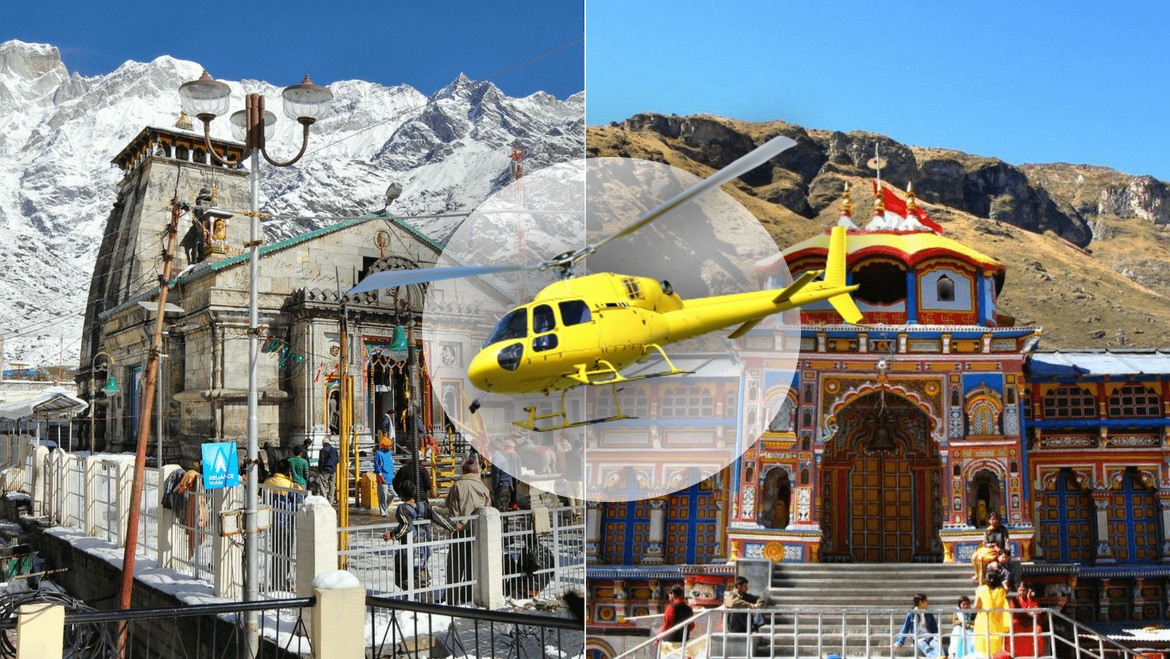 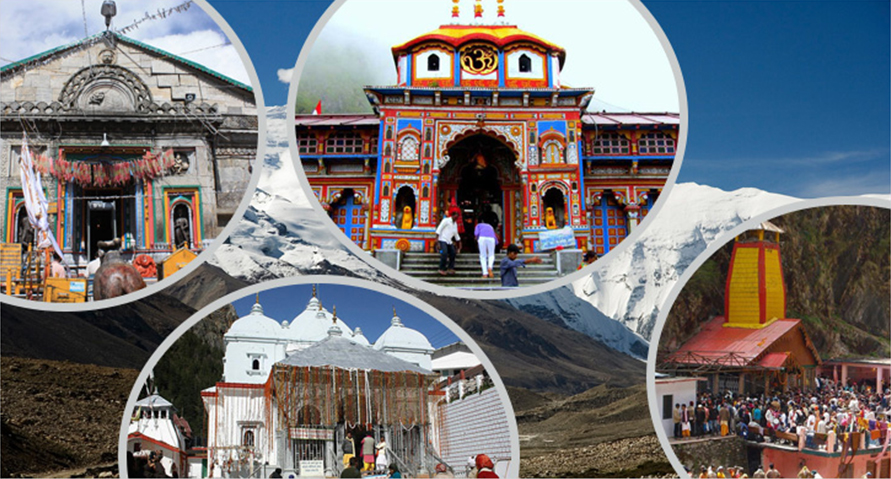 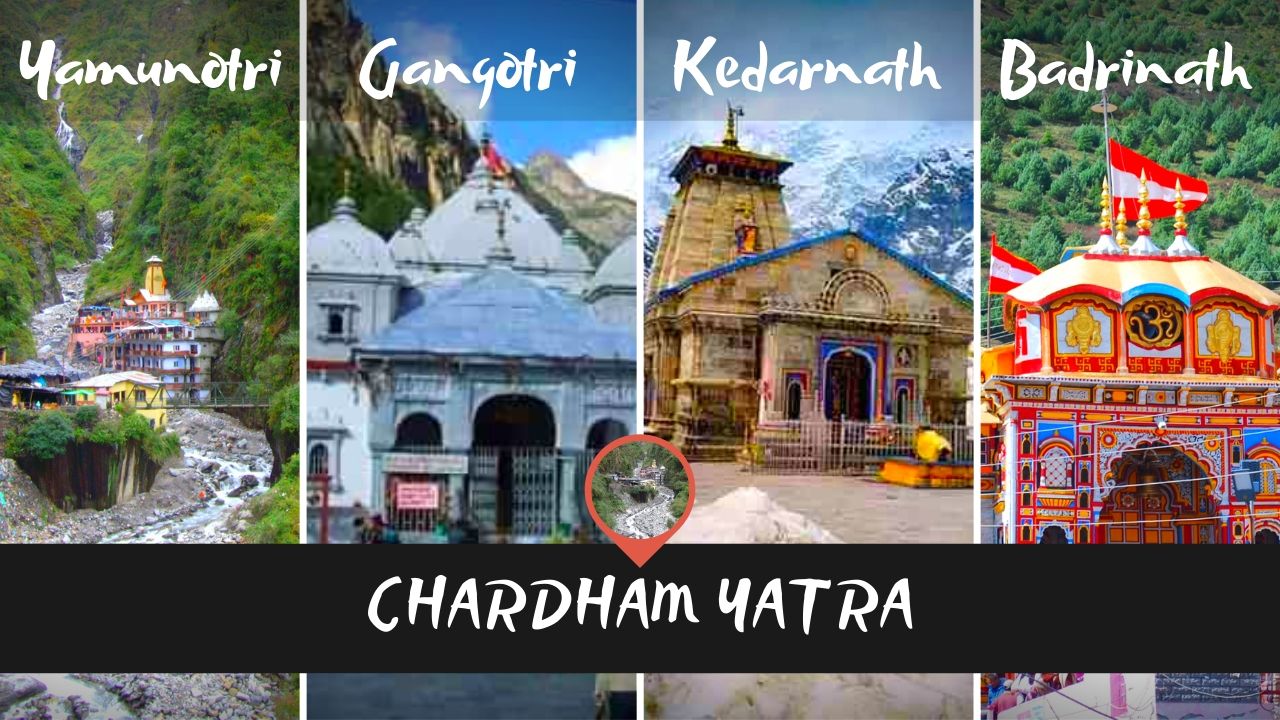 Two Important Regions of Uttarakhand If you are planning to book Uttarakhand Tour Holiday packages, you must find out about the two important regions that make up this enchanting Himalayan state.

A trip to Uttarakhand is incomplete without visiting the Kumaon region, home to some truly fascinating sites. Munsiyari, Dharchula, Chaukori, Nainital, Pangot, Binsar, Almora, Ranikhet, Kausani, Ramgarh, Mukteshwar are some of the wonderful places to explore on Kumaoni vacation. Add to the fact that Kumaon is so well endowed due to its topography; The north of the region borders Tibet while the east borders Nepal, with Uttar Pradesh on its southern side and Garhwal on its western side, the other half being Uttarakhand. If you visit Kumaon during the winter months between October and March, you can enjoy panoramic views of Himalayan peaks such as Nanda Devi, Trishul and Panchchuli. Usually the higher elevations of Kumaon.

The other major part of Uttarakhand, Garhwal, is also among the most visited regions in the state, especially crowded with pilgrims. At Haridwar, the Ganges after flowing from the hills passes through its many ghats before embarking on its journey to the sea. A center that attracts pilgrims to its famous Har-ki-Pauri ghat. Nearby is Rishikesh, made famous by the British rock band the Beatles in the 1960s when they came to Maharishi Mahesh Yogi’s ashram in search of spirituality and tranquility. Rishikesh, with its bohemian atmosphere of East and West, full of yoga ashrams and vegan cafes, is the place from where pilgrims usually start on their spiritual search for the sanctuaries in the highest reaches, the Chota Chardham that includes Gangotri, Yamunotri , Kedarnath and Badrinath, each of the sites is the source of the holiest rivers in Hinduism namely Ganga, Yamuna, Mandakini and Alakananda respectively. For a cozy stay amid rolling green hills, choose the Mussoorie hill station for its distinctive colonial style, and include a stay at its older cousin, Landour.

Places to visit in Garhwal

Among the things to do in Uttarakhand, a visit to its British-era hill station is well warranted to soak up its atmosphere, enjoy a view of the Himalayan peaks, and bask in the warm sunshine at an outdoor cafe. Mussoorie stretches along a high ridge that is 15 kilometers long and is among the closest hill stations to Delhi at 278 kilometers and just 34 kilometers north of Dehradun. At an elevation of 6,561 feet, you can see the snow-capped Himalayas for the first time from Mussoorie. A haven for the British Raj since the 1820s, Mussoorie still has several colonial houses converted into heritage hotels. At the center of Mussoorie is the two-kilometre-long Mall, a pedestrian-only stretch, home to the hill station’s two most popular malls: Kulri Bazaar to the east and Library Bazaar to the west. Check more information and book personalized Mussorie tour packages with Yatra.com

This is a 6 kilometer walk from Library Bazaar via Hathipaon Hill, which will take you to the laboratory and home of Sir George Everest, a renowned Welsh surveyor in 1833 who did significant work on the Great Trig Survey of India which demarcated the borders of British India. to measure the height of the highest peaks in the world. This whitewashed house offers beautiful views of the Doon Valley and the Himalayas.

As you round the northern base of Gun Hill by taking a moderately easy 4-kilometre stretch of Camel’s Back Road, a scenic stretch linking Kulri Bazzar to Library Bazaar, you’ll encounter plenty of viewpoints other than the camel-shaped rock. -from where it takes its name- and a cemetery from the British era, also where a British adventurer Pahari Wilson rests.

Childer’s Lodge is spread over 300 acres and was established in the 1860s along the slopes of Red Hill, locally called Lal Tibba, just 5 kilometers from the commercial centre. This being the highest viewpoint, it offers truly spectacular views of the Garhwal Himalayas.

Approximately 214 kilometers northeast of Delhi, this is the place where the Ganges, after emerging from the rapids around the Shivalik Hills, slows down as it travels across northern India and then into the Bay of Bengal. . The Har-ki-Pauri ghat in Haridwar, the place where the river separates from the mountains, is a site revered by Hindus, a site marked by the evening Ganga aarti that receives thousands of devotees from all over the country, making that the place reverberates with a sacred aura. Book customized Haridwar tour packages and get exclusive offers and promotions with Mnd travels.

Jim Corbett National Park and Rajaji National Park are part of the same forest reserve, which covers around 830 square kilometers of Himalayan foothills to the east and west of Haridwar. Although there are eight entrance gates to the park, the most important one is at Chilla, 9 kilometers east of Haridwar, and another gate at Kunnao, near Rishikesh. With the barrage of the Ganges in the background, Chilla is an excellent base for exploring the park.