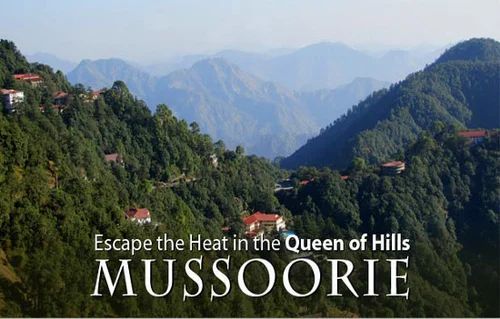 Mussoorie one of the most popular hill stations in the state of India country, Mussoorie is often called the Queen of the Hills. Located about 290 km north of New Delhi, it is an alluring paradise for vacationers and honeymooners. The city offers some of the most spectacular views of the Himalayas and has scenic Himalayan peaks west of Garhwal.

From west to east, the imposing peaks of Bandar Poonch, Srikantha, the Gangotri Group and Chaukhamba offer a spellbinding panorama. Check out our online Mussoorie travel packages to find out more about the places to discover, the myriad of adventure activities to take part in and the stunning scenery to behold.

Located in the Dehradun district of Uttarakhand, Mussoorie is a hill station at the foothills of the Garhwal Himalayas. Known as the “Queen of the Hills”, it was once the summer capital of ancient British India. Its waterfalls, lakes, nature reserves, hiking trails and colonial architecture draw huge crowds. Experience the best of Hill Station with mnd travels’s range of Mussoorie packages, perfect for all travellers.

For spectacular views of the surrounding Himalayas, head to Gun Hill, Mussoorie’s second highest peak, also accessible via the Gun Hill cable car. Waterfalls like Kempty Falls, Jharipani Falls and Bhatta Falls are a fantastic sight and picnic spot. Cloud’s End is a Mussoorie must-see, located at the top of the hill station and offering magnificent views over the Algar River valley.

Jabarkhet Wildlife Sanctuary and Benog Wildlife Sanctuary are excellent places to view the wildlife of the region, such as leopard, deer, mountain quail, etc. Visit the 19th-century Christ Church, George Everest House and Skinner’s Hut to learn about Mussoorie’s colonial past, or pay homage at Jwala Devi Temple and Shedup Choepelling Temple. Another popular tourist attraction is the Mines of Lambi Dehar or the “Mine of Death”.

Your trip to Mussoorie should include a day to explore museums such as Soham Heritage & Art Center and Mussoorie Heritage Centre. Adventure seekers will definitely love Mussoorie as it is perfect for paragliding, trekking, rafting and rock climbing. Also, Colonial Mall Road offers a great opportunity to buy local produce and taste delicious food.

Mussoorie is best for sightseeing between April and July when the weather is ideal. Apart from Mussoorie, there are other tourist destinations such as Dehradun, Jim Corbett and Nainital. The oldest national park in the Himalayas, Jim Corbett National Park is home to the endangered Bengal tiger. It is ideal for forest safaris, bird watching and accommodation in luxurious resorts.

Dehradun is the “winter capital of Uttarakhand” and is a must-see due to Rajaji National Park, Malsi Deer Park and Tiger View Jungle, waterfalls like Shikhar and Sahastradhara falls, and other attractions such as Robber’s Cave, Lacchiwala, Tapovan Temple and Chetwode Hall popular tourist destination. On the other hand, Nainital is home to lakes like Naini Lake, colonial buildings like Gurney House and the magnificent Himalayan View Point.

Don’t miss Naina Peak, where you can admire the town below and the picturesque village of Jeolikot. Whether you’re traveling with your friends or family, MND travels offers plenty of customizable and affordable Mussoorie packages that will leave you with countless memories.

Here is a glimpse of what you get to explore and discover when you book a customized holiday package for Mussoorie. There are many inclusions in the tour package for Mussoorie where there are several places to visit, local cuisines to explore, exciting things to do, shopping for the souvenirs, going out for sightseeing ventures and also transferring from one place to another throughout the vacation, offered by MND Travels.

Mussoorie is the most popular summer vacation spot in the country, where summer is the perfect time for hiking and camping. Winter is freezing and dominated by snowfall. The post-monsoon season from September to November is good for rafting. The climate here is cool and pleasant all year round, but the best time to visit Mussoorie is from September to June.

Mussoorie is a most preferred summer retreat in the country where summer is the best time to trek and camp. Winter is freezing and is dominated by snowfall. Post monsoon season during September to November is good for water rafting. The type of weather of this place is cool and enjoyable throughout the year but the best time to visit Mussoorie is from the month of September to June.

If you have always dreamed of vacationing in a cozy village at the foothills of the Himalayas, then Mussoorie is your perfect vacation destination. The queen of hill stations will steal your heart and keep it forever. The essence of Mussoorie lies not only in its idyllic beauty, but also in its way of life. Here life has a different rhythm and the city follows its own rhythm.

Protected by the majestic Himalayas and the mighty Shivalik ranges, Mussoorie goes about its business at its own pace. Once in Mussoorie, leave behind the hustle and bustle of everyday life and settle into the relaxing local rhythm. Here, in the middle of the mountains, you can find yourself while enjoying your vacation at the top station.

Take in stunning views from Gun Hill, enjoy the scenic drive to Lal Tibba, and discover the dizzying curves of Camel’s Back Road. Get a dose of history and heritage at Landour Baar and Library Bazar. Take in the views as you stroll along the bustling Mall Road. Or escape and find some calm at Lake Mussoorie. Mussoorie tourism is truly spectacular and must see places.

Whatever you do in Mussoorie, it’s not a vacation you’ll soon forget. But do you know the best time to visit Mussoorie? Well, that depends on how you want to enjoy your Hill Station vacation. Here is a brief overview of the moods of Mussoorie, reflecting the weather throughout the year.

The months between March and June are the busiest months of the year in Mussoorie. This is the time to experience Mussoorie at its best. The hill station welcomes all its visitors and opens up all its delights accompanied by the perfect Mussoorie weather.

The monsoon months between July and September are the quietest. Although the beauty of Mussoorie in the rain is almost unmatchable, the rain from the mountain sometimes makes the roads impassable. The mountain station is preparing to wait and prepare for the next tourist season.

From boating on Lake Mussoorie to hiking to Gun Hill Point, this mountain retreat has something for everyone. Even if you’ve visited the place before, chances are you’ll find a new scenic trail or secluded viewpoint on your next trip. So why not take another vacation in the “Queen of the Hills”?

If you are planning to go Mussoorie tour package trip and looking best places to visit around there , have a look it here. 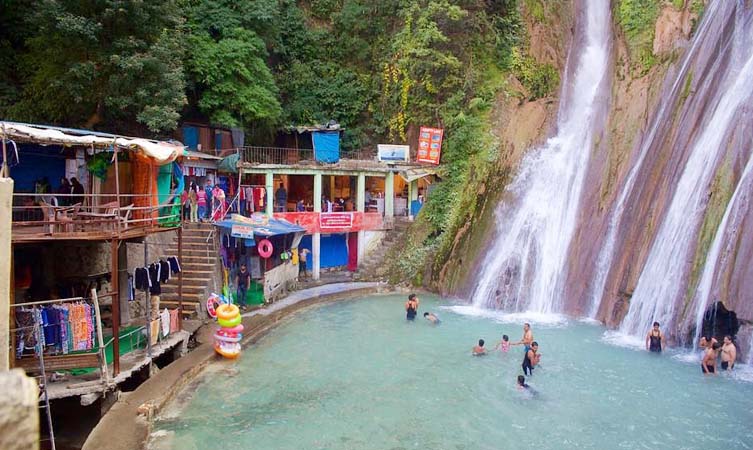 No trip to Mussoorie is complete without a visit to the famous Falls of Kempty. The site was developed by a British officer in the 1830 to accommodate tea parties and has since become a popular Mussoorie attraction, particularly for picnics.

At almost 1,364 meters high, these falls offer spectacular views of the valley that surrounds them. Bathe in the water of the pool formed at the bottom of the waterfall, click some pictures or sit by the waterfall and enjoy Garma-Garam Maggi with Kadak Chai. 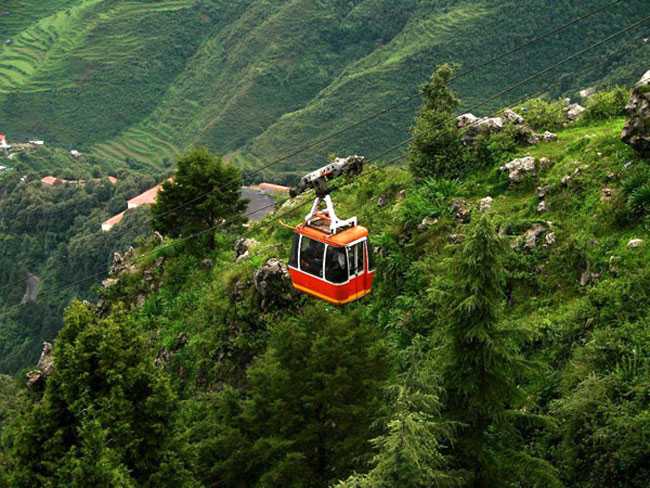 Gun Hill, a historic peak and the second highest in Mussoorie, is a popular place to view the scenic Himalayan Range and the Doon Valley. A popular view… 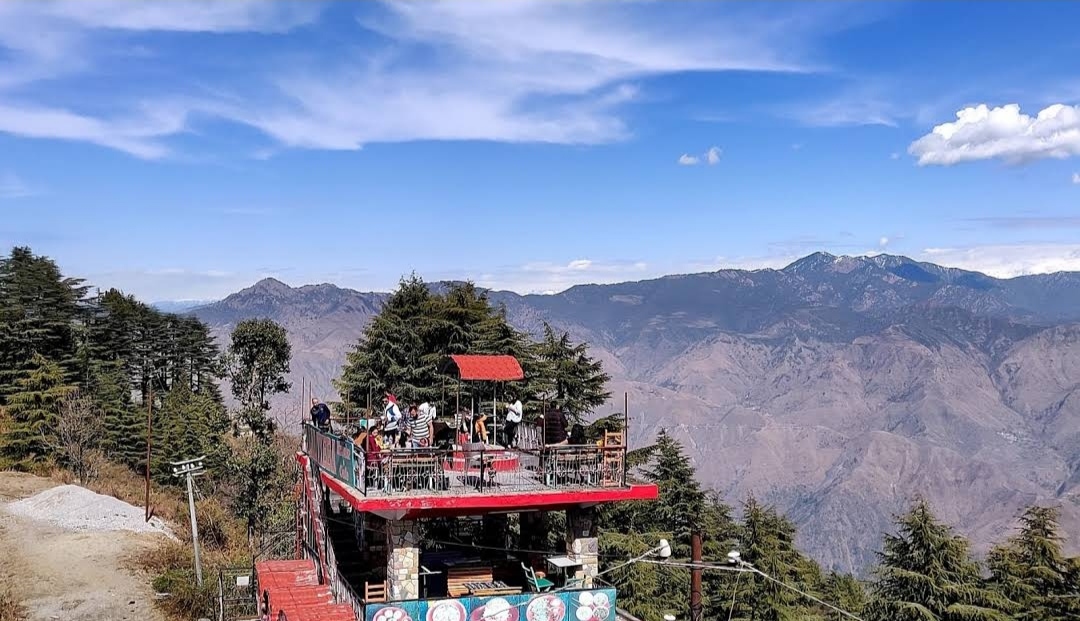 Perched atop Depot Hill in Landour, Lal Tibba is one of Mussoorie’s highest vantage points. Only 6 km from the city center, this viewpoint is at an altitude of 2,275 meters, so you can only guess the view from here. The name of the viewpoint literally means “Red Hill”, which is a direct nod to the color of the sky visible from here at sunrise and sunset. 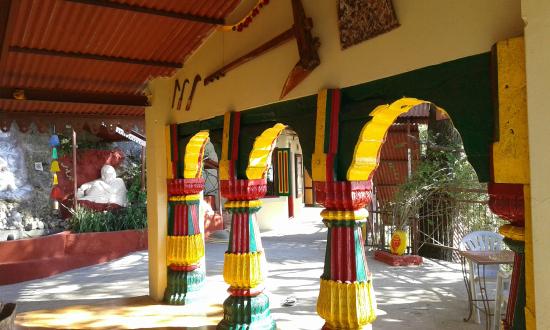 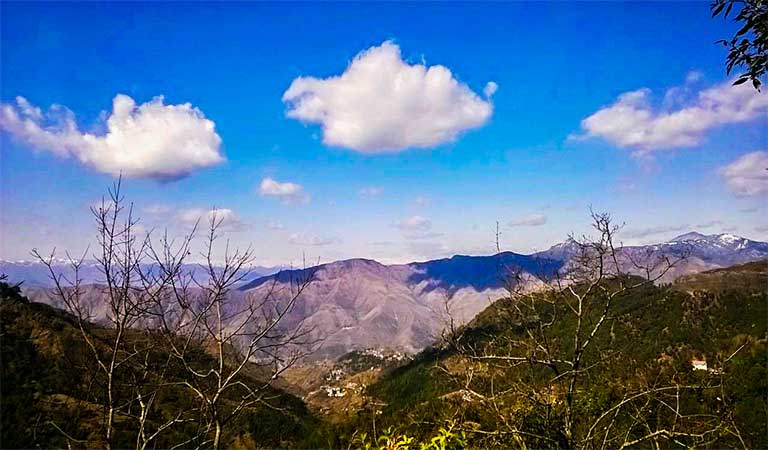 If you are looking for solitude on your next trip to Mussoorie, Cloud’s End is for you. A scenic stretch of lush cedar and oak forests, this site is 4 miles from Library Road and marks the geographical end of the mountain town. You can reach Cloud’s End by walking down Hathipaon Road from the Happy Valley area.

Not only does this location offer stunning views throughout the day, but it also provides the most surreal backdrop to watch the sunrise and sunset against the blue sky. Photographers find this place extremely beautiful, and you might as well take your next Instagram-worthy shot here.

The most famous walk in Queen of the Hills, Mussoorie is The Mall. At over 2000m above sea level, The Mall is Mussoorie’s main attraction. Almost every visitor to Mussoorie must visit the beautiful Mall Road, which stretches from the Picture Palace in the east to the Library in the west.

How to reach  Mussoorie

If you are coming Mussoorie for a trip then you can come by air, by train, by car.

By Train: Deharadun Railway Station located around 36 km away serves as the nearest railway station to Mussoorie. Number of trains from far and near of cities including Delhi, Kolkata, Jammu and Amritsar serve Deharadun city. After reaching Deharadun by train, visitors can board local taxis or buses for Mussoorie.

By Air. The nearest airport is the Jolly Grant Airport in Deharadun, which lies approximately 54 kilometers away, and offers daily connectivity with New Delhi.

By Car:  Nearest city is deharadun, you can come to direct deharadun and book local taxi / or car to reach Mussoorie.