Also known as Devbhoomi or the Land of the Gods, Uttarakhand is home to many temples and welcomes devotees all year round. Among the countless religious places and circles that devotees visit in Uttarakhand, Chardham Yatra package is one of the best known. This Chardham yatra or pilgrimage is a journey through four sacred places: Yamunotri, Gangotri, Kedarnath and Badrinath, perched high in the Himalayas. In Hindi, “char” means four and “dham” refers to religious purposes.

The high-rise shrines are closed for about six months each year, Chardham yatra opening in the summer (April or May) and Chardham yatra closing with the onset of winter (October or November). The CharDham Yatra Tour Package  is believed to be completed clockwise. Thus, the pilgrimage begins at Yamunotri, continues at Gangotri, Kedarnath and finally ends at Badrinath. Travel can be by road or air (Chardham yatra helicopter services are available). Some devotees even make a Do Dham Yatra  Package or make pilgrimages to two shrines: Kedarnath yatra and Badrinath yatra. 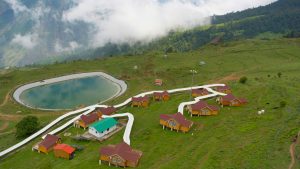 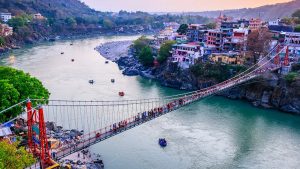 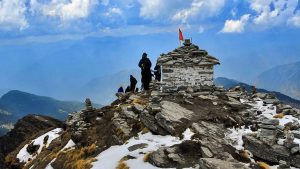 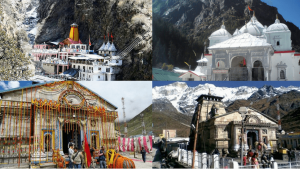 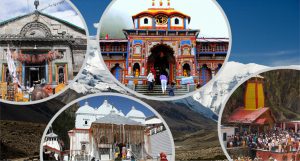 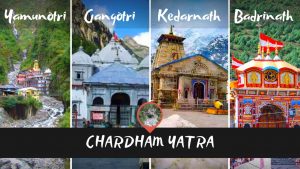 When I visited Chardham yatra 2023 , I was usually engaged between April and early November. Every year, the government of Uttarakhand announces the opening and closing dates of the Chardham 2023 circuit, thus starting the process of booking a Chardham package 2022-2023 with various OTAs.

During the winter months, the deity of each of these shrines moves to its winter quarters. Ukhimath for Kedarnath, Joshimath for Badrinath, Mukhba for Gangotri and Kharsali for Yamunotri. The doors of these winter quarters remain open all year round and can be visited at leisure.

At the end of any of the Chardham tour packages 2023, make sure that it includes a visit to Kedarnath, Badrinath yatra , Gangotri  yatra and Yamunotri yatra .

Things to do in Chardham

Kedarnath sits near the source of the Mandakini River, the Chorabari Glacier, and is backed by the icy peaks of the Himalayas. It sits at an elevation of 11,755 feet, with Gaurikund being the nearest road to Kedarnath, about 14 kilometers away. The hump of stone worshiped in the temple has a mythological connection which has its roots in the epic Mahabharata in which the Pandavas, after defeating the Kauravas, who were ultimately members of their own family, asked for mercy from Lord Shiva .

But Shiva refused to forgive them, which made the Pandavas more determined in their willingness to ask for forgiveness. To avoid them, Shiva transformed himself into a bull and came to earth. In his haste, he left his hump at Kedarnath, quite close to the Chorabari glacier, a place marked by an 8th-century Adi Shankaracharya temple.

The Kedarnath Temple has one of the most spectacular settings of any Hindu temple due to its location near the Chorabari Glacier, where the Mandakini River originates. Characterized by deep gorges, apple orchards, snow-capped peaks and terraced hills, Kedarnath is also among the twelve Jyotirlingas that attract Hindu pilgrims throughout the summer.

You can reach Kedarnath from Gaurikund, the nearest main road, which is about 14 kilometers away. The trek ascends Chhoti Linchuli and Badi Linchuli from Jangal Chatti, approximately 4 kilometers, before crossing the Mandakini River and leading to the south face of Kedarnath Peak.

Badrinath Temple also enjoys a stunning location at the foot of the snow-capped pyramid-shaped Nilkantha peak dedicated to Lord Vishnu. Enjoying a picturesque location, it is also one of the most accessible temples in Chardham, founded by Guru Adi Shankaracharya in the 8th century.

However, the temple has been restored and renovated over time. At the foot of the temple are hot springs, the water of which reaches a scorching temperature of 40 degrees Celsius and serves as a washhouse and bath for the inhabitants. Adi Shankaracharya, who built the original Badrinath temple, found the Badrinayaran idol in the Alakananda River.

Gangotri Temple is one of the holiest shrines in the country, primarily because it is a source of the most revered Hindu river, the Ganges. According to mythology, the rock at the site served as a cushion to save the land from the devastation the river might have caused as it poured into the sky from the tangled braids of Shiva.

It is believed that Lord Shiva strategically placed this rock to resist the attack of the gushing water. The Gangotri temple dates back to the 18th century when it was built by Amar Singh Thapa, a Gorkha commander. Although Gaumukh is the main source of the Ganges, Gaumukh is a glacier about 19 kilometers from the Gangotri temple.

Among the shrines of Chardham, the Yamunotri temple was built in the 19th century near the source of the holy river Yamuna. The temple is about a 5 km walk from a remote village called Janki Chatti. There are several hot springs around the temple which are good for bathing; You will also find pilgrims cooking potatoes and rice as prasad in the temple.

The best time to go to Chardham yatra

Created by Adi Shankaracharya in the 8th century, the Chota Chardham yatra circuit includes Gangotri, Yamunotri, Kedarnath and Badrinath. April to early June is the perfect time to visit Chardham as temperatures are tolerable and it is possible to explore and travel without getting cold feet or chattering teeth.

The Char Dhams of Uttarakhand remain open from May to October. Char Dham temples remain closed during the winters. The closing dates of Char Dham fall near Diwali.

What is the best time to visit Char Dham?

Can I visit Char Dham with Helicopter?

From where Char Dham Tours begin?

Most of the Char Dham Tours commence from Haridwar. Some of the tour operators may also offer Char Dham Packages from Rishikesh or Dehradun as well.

What is the duration of Char Dham Tour Packages?

Char Dham Tour Packages are normally completed in 7-9 days. We recommend you not to hurry and spend adequate time in each of the char dhams during the pilgrimage.

If you organize Char Dham Yatra 2022 tour in Uttarakhand, then share your tour details and get verified bookings from MND TRAVELS. Contact us here